Our project team was retained by the Office of the City Planner, led by City Planner Nancy Savoie, to implement policy objectives previously articulated in publicly adopted plans. Early in its work to create the Downtown Brockton Smart Growth Zoning Overlay District, Concord Square prepared a detailed assessment of rezoning options in Downtown Brockton. Within this Scope of Work, Concord Square also prepared site redevelopment analyses for selected publicly owned parcels in Downtown Brockton. Within the zoning overlay district, sub-districts were created that reflected the particular characteristics of the areas involved, their relationship to the surrounding neighborhoods, and identified which uses had the strongest potential for economic viability within the sub-districts. The public process included numerous meetings with the City Planner, Mayor James E. Harrington and his team of economic advisors, municipal department heads, the Metro South Chamber of Commerce, Brockton’s 21st Century, the Brockton Housing Partnership, the Brockton Housing Authority and the Downtown Brockton Association, among others.

After sixteen months of work with the City, a Smart Growth Zoning Ordinance and Design Standards allowing commercial and residential mixed use (including zoning for up to 1,100 new housing units) were unanimously adopted by the Planning Board and the City Council in the summer of 2007. 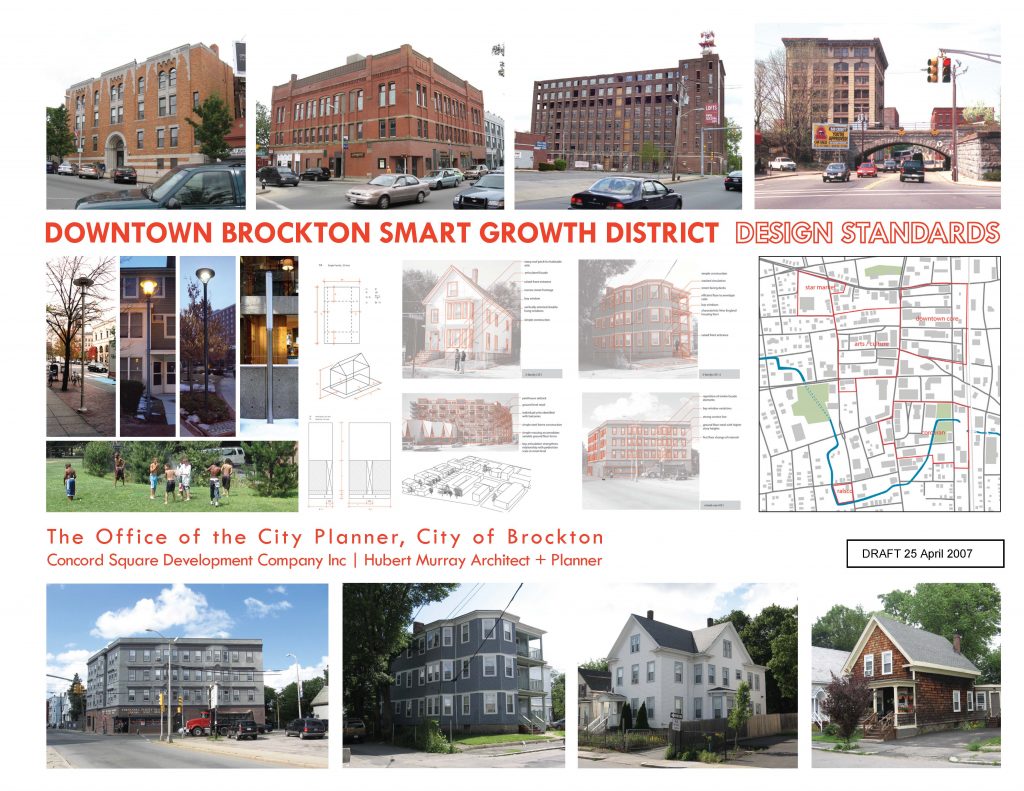