In December 2005, the Town of Plymouth contracted with the Center for Urban & Regional Policy at Northeastern University, Concord Square and Housing Partners, Inc. to design a smart growth zoning district pursuant to M.G.L. c.40R for the historic Cordage Park. In May 2006, the Cordage Park Smart Growth District secured unanimous Town Meeting endorsement, and has since received approval by the state Department of Housing & Community Development.

The Plymouth Cordage Company site is an essential part of this initiative for the town’s redevelopment. Founded in 1824 and one of the world’s leading rope makers, Plymouth Cordage was forced out of business in the 1960s due to competition from emerging synthetic fiber technologies. The site enjoyed significant office and retail development in the 1990s, but the relocation of a Wal-Mart store on site created a gap that the landowner, town officials and the neighbors sought to fill. With commuter rail on-site, waterfront views and substantial infrastructure, the Town of Plymouth favored Cordage Park as a location for mixed-use redevelopment.

The zoning amendment for the Cordage Park Smart Growth District provides for residential and mixed-use development as the foundation for commercial revitalization of Cordage Park and the North Plymouth Village Service Area. All parties shared the goal for the redevelopment to encourage pedestrian use and to maintain Plymouth’s historical and architectural qualities. The residential zoning allows for up to 675 market rate and affordable units, including a mix of rehabilitated mill structures, new construction, and mixed-use. The district was designed to benefit from the state financial incentives as provided by c.40R while encouraging the growth of local businesses and an increased tax base.

Concord Square led the drafting of c.40R Design Standards, sub-contracting with The Cecil Group to include graphic images to the development regulations. The goal was to craft design standards that would draw from the best aspects of existing architecture in North Plymouth, while allowing for design creativity moving forward.

The public process included several dozen public meetings and hearings, and resulted in near consensus regarding the policy recommendation for 40R smart growth zoning. Neighbors to the proposed smart growth district attended many public meetings and spoke in favor of the policy, and on May 20, 2006, Plymouth Town Meeting unanimously approved the Cordage Park Smart Growth District. The President of the North Plymouth Village Steering Committee was quoted in the Patriot Ledger saying, of the smart growth zoning: “It’s a plus for everybody. It’s going to rejuvenate the Cordage, it’s going to be a plus to North Plymouth, it’s going to be a plus to Plymouth.” 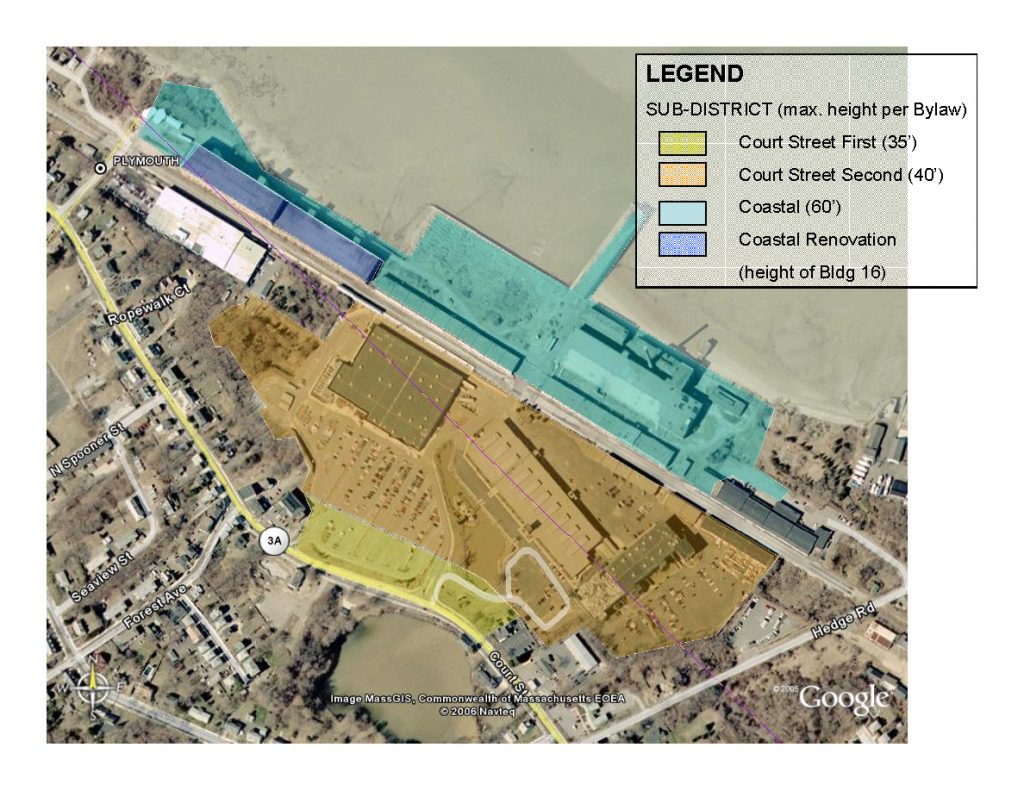